The nominal diameter of φ700mm ultra-high power graphite electrode is 700mm, the actual size is 700~715mm, the length is 2700mm, and the weight is about 1800kg. The connector is tapered, with a maximum diameter of 374mm, a length of 558mm, and a weight of about 90kg. It is a long connector. The thread is a one-inch (inch) four-thread structure, marked as T4L (as shown in the Figure 1). φ700mm ultra-high-power graphite electrodes are mainly used in ultra-high-power DC electric arc furnaces above 100t. In steelmaking, three electrodes are usually connected in series with tapered joints (as shown in the Figure 2) and used as negative conductive materials. 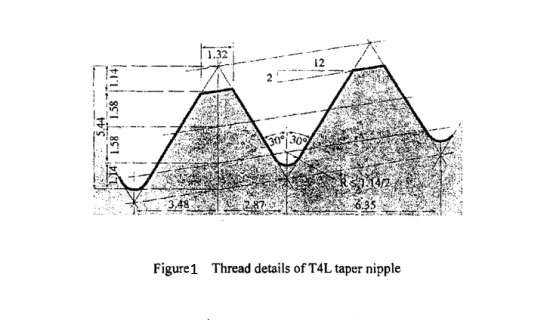 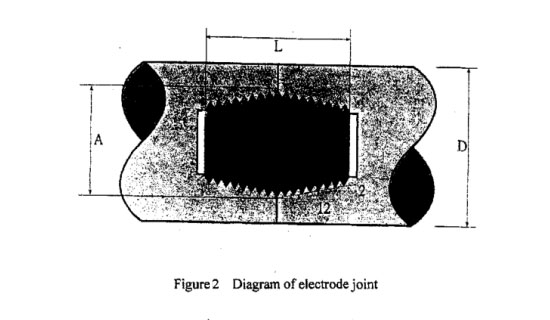 The force of the φ700mm ultra-high power graphite electrode in steelmaking is closely related to the mechanical damage of the electrode. Since the diameter of the joint is small and bears greater stress, generally more consideration is given to the force of the joint, which can be divided into two situations: static force and thermal load.

The stress during thermal load is mainly the thermal stress caused by expansion. Due to the distribution of the temperature field, the damage caused by the circumferential stress is the greatest. The electrode has the greatest stress at the force-bearing thread from the largest diameter, which may also be the reason why the joint often breaks here. In addition, the thermal stress in the electrode increases in series with the increase of the electrode diameter and the carrying current, and the collapse of the material during the smelting process will also cause mechanical fracture damage to the joint. All this shows that the requirements for 700mm ultra-high power graphite electrode nipples are higher. For example, the coefficient of thermal expansion is smaller, the flexural strength is higher, and the resistivity is lower. 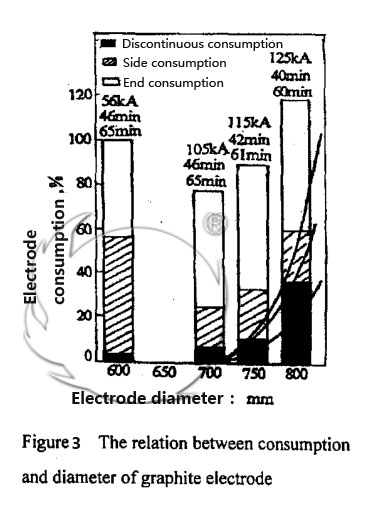 The end loss is due to the 3400K high-temperature arc generated at the end of the electrode when the power is turned on, which makes the graphite sublimation consumption, and the consumption is proportional to the square of the current. It can be seen from Figure 2-6 that due to the increase in current, the end consumption of the φ700mm ultra-high power graphite electrode has increased significantly.

The electrode unit consumption during steelmaking is the only indicator to measure the quality of the electrode. For electrode manufacturers, various measures must be taken to improve the quality of electrodes to meet the requirements of electric arc furnaces. And electrode users should also work as hard as possible to avoid abnormal wear.